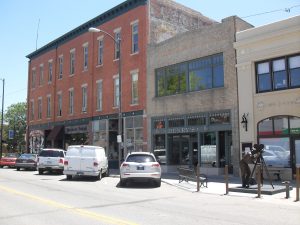 Situated in Larimer County, Loveland, CO has much to offer for its location. The 14th most populated city in Colorado, the 2014 census boasted a population of 72,651.

Growing at a steady rate, Loveland is nearly merged with its neighbor, Fort Collins. There is, however, an established open area between the two cities that are county owned in an effort to keep them from merging into one metropolis.

Interestingly, the famous Loveland pass that is so renowned in the state of Colorado is named after none other than William A. H. Loveland and isn’t anywhere near the actual town of Loveland.

Loveland boasts an annual snowfall of about 54 inches. Boasting an art museum as well as a sculpture show in the month of August, the city of Loveland is a major business region for the northern part of the state of Colorado.

Located at the base of the foothills of the Rockies, it’s situated slightly east of the Big Thompson River Canyon. Both Long’s Peak, as well as other mountainous areas, are visible from within the town itself.

Thanks to its central location, it’s a major route to Estes Park and the famous Rocky Mountain National Park areas. Visitors often pass through Loveland during the summer months on their way to the parks.

Considered a bedroom community to commuters, it is a great place to reside if you’re working in the larger metro areas and want to live out a ways.

Home to the Valentine Re-Mailing Program (that began in January of 1947), many people have their valentines mailed from here simply for the name. Valentines will be hand stamped with a lovely cachet and a verse and sent on their way to their destination. Every year thousands of valentines pass through here on their way to someone special.