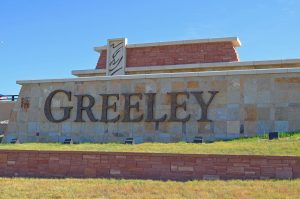 Greeley Colorado is the county seat for Weld County Colorado. It offers gorgeous scenic views of mountains and countryside. Named after Horace Greeley, the former editor of the New York Tribune, who arrived in Colorado during the 1859 Pike’s Peak Gold Rush.

Built on farming as well as agriculture, Greeley kept up with modern technology and by the year 1883, they had telephone service and by 1886 they had electricity in town.

Located slightly to the west of the former Overland Trail station in Latham (formerly called Cherokee City Station) it was built in 1872.

Greeley is famous for its Union Colony Civic Center, a performing arts center. They have a philharmonic orchestra as well. Starting out as a Union Colony, they quickly advanced and became a utopian society basing this upon their temperance, religious freedom, educational opportunity, agriculture and strong family values.

Per the US Census Bureau, there is a total of 30 square miles of which 29.9 is land. Only .1 square mile is water. The southern side of the city is bordered by Evans and Garden City and the three are frequently all considered to be Greeley.

Situated in the eastern two-thirds of the state of Colorado, Greeley tends to miss some of the harsher storm systems that pass through the state.

They tend to get more warm fronts as well as freezing rain and sleet than other areas due to their proximity to the Rockies and their lower elevation when compared to the western side of the state of Colorado which gets major storm systems.